For the past several days, I’ve seen a number of articles related to an alleged Bridezilla how had the audacity to come out on Facebook and detail who she and her fiancé had not invited to their wedding and why.

We are sending out invites for the wedding this week. Going through the list of people to invite. We only have so much room at the church and reception. I’m going to try to make this as simple as possible so no one gets butt hurt. If you do not get an invite here is a list of potential reasons why.

1. If I have invited you every time we have a group function and you never show up.

2. If you are just a work acquaintance and I have never hung out with you outside of work.

3. If I show up to things you invite me to and you never show up to our invites or even respond.

4. If I have only hung out with you in a group setting and we’re not that close of friends.

5. If at any point you have ever talked s— about me you’re definitely not invited.

6. If you’re only going to show up for food and alcohol and really have no interest other than that.

7. If you got married and I thought we were friends and you didn’t invite me. 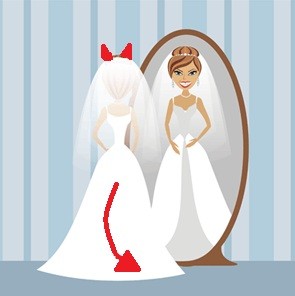 People are up in arms about this thing. I’m not. For my money, the real beef is this: she voiced a process that is supposed to be conducted in silence. The deciding of who’s in and who’s out can be the most gut-wrenching part of a wedding. But venues are venues and budgets are budgets. Cuts have to be made. Here, this woman is being deliberate in explaining how hers were decided.

When I was a kid in New Jersey (kid = 23 years old), someone told me that once you get engaged, you shouldn’t make any friends for the duration of your engagement. Why? The wedding. That list can’t be expected to expand. If you have a new friend, what will happen to that friendship if new friend (and date) are excluded? Play your cards close to your vest, immerse yourself in the wedding, and then once married, pursue all the new friendships your heart desires. I think I wasn’t hearing something totally out of the ordinary or particularly untoward. My sense is that this was a sort of rule of thumb.

And to that end, I suspect the social media component of this Bridezilla’s list is the real problem. Pre-Facebook, etc., if you didn’t invite to your wedding a work friend with whom you’d never hung out outside of work, you might endure some awkward workplace encounters wherein your wedding was the topic of conversation. And then everyone would move on. In the post-Facebook world, if you’re “friends” with this person, s/he will be reminded of your wedding over and over again: s/he will get a sense of who in the office was invited; s/he will see any and all wedding-related posts; s/he will endure endless wedding photos and congratulatory posts. And so on and so forth. Being forthright in explaining how the wedding guest list was created, to some extent, saves the non-invitee from the wondering of why s/he was excluded.

I’m not going to go crazy here and say alleged Bridezilla was kind in her post. But she was transparent. It’s the kind of thing one could post and then say in defense, “I’m just being honest!” I have a saying, and it goes like this: there’s a difference between being honest and being an asshole. But sometimes people can be both (see above). Bridezilla is not the right term here. What she’s saying isn’t unreasonable. But is she decisive and outspoken? Yes. And there, of course, is the slippery slope in which we monstracize any woman who shows these characteristics.

At the end of the day, those outraged by the post should take comfort: This poor woman apparently isn’t familiar with the universal truth that all weddings guests are basically only in it for “the food and alcohol.” Live and learn, sister. Live and learn.

Error: Twitter did not respond. Please wait a few minutes and refresh this page.